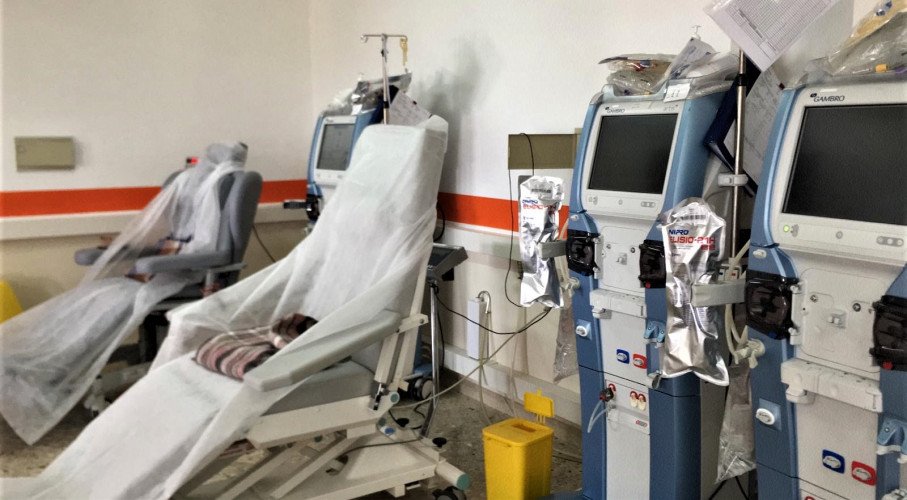 Our experienced clinic team welcomes you to DIAVERUM PETRALIA SOPRANA. In our clinic we offer excellent medical service as well as a warm and friendly atmosphere to revitalise our patients both physically and emotionally.

DIAVERUM PETRALIA SOPRANA was inaugurated in 1997 and features 13 dialysis reclining chairs. All stations are equipped with TV screens and free Wi-Fi.

We offer our patients additional clinical assistance services such as cardiological, nutritional, oncological consulting, etc.. and we take care of our patients supporting administrative activities with ASP of Palermo.

As an integral part of our service we offer free meals, coffee and tea for our patients.

Petralia Soprana, was named the most beautiful village in Italy in 2019 and is located in the heart of Sicily, in the province of Palermo (100km) .

Petralia Soprana is the highest town in the Madonie, dominates a wide landscape that ranges from the snow-capped peaks of Etna, to the city of Enna and the mountains of Palermo and then the wide valleys and waterways of the countryside that surround it.

The suggestion aroused by the view from the Petralia plateau is intense, in the days when the stratified clouds at the lowest altitudes offer suspended landscapes and colorful sunsets. Center of considerable importance during the Greek and Carthaginian domination, Petralia was the first Sicilian city to be dominated by the Romans, called "Petra" it was one of the cities that supplied the largest quantities of grain to the Roman Empire.

Palermo is the capital of Sicily and one of the most fascinating cities in Europe: among the streets of its historic center you will discover the most incredible places.

Palermo is a modern, multi-ethnic city and one of the safest in the world.

For those who want to explore, get ready for big surprises: streets and alleys of the old city open onto monuments and splendid churches ranging from the Norman period to the magnificent Sicilian Baroque. And then, a few kilometers from the city, delightful characteristic places await visitors who want sun and sea. All this within a multi-ethnic setting that colors the streets and historic markets where you can enjoy the most original street food.

The 12th-century Cathedral of Palermo houses royal tombs, while the imposing neoclassical Teatro Massimo is famous for its opera performances. Also in the center are the Palazzo dei Normanni, a royal palace dating back to the 9th century, and the Palatine Chapel, with Byzantine mosaics. Busy markets include the central street market Ballarò and the Vucciria, near the harbor.

Cefalù ( 70km from Palermo), one of the most beautiful villages in Italy, is one of the busiest holiday destinations and resorts on the island . Is located on the northern coast of Sicily, about 70 km from Palermo.

Kephaloidion and Coephaledium for Greeks and Romans, meaning head or also top, extremity. Gafludi for the Arabs, fortified city and abundant waters.

The city is dominated by a monumental rock that rises up to 270 metres in height already known to the Phoenicians as “promontory of Hercules” on which the Temple of Diana stands, a megalithic building linked to the worship of the water, as indicated by the nearby cistern dating from the ninth century BC. The historic district is lying in the shadow of this bastion and clings around its beating heart which is undoubtedly the Duomo, a gigantic cathedral built by Roger II, the Norman.

Mount Etna is a living, sacred mountain of legend and myth. Sicily´s highest mountain has a height of approximately 3.300 meters. When considering an excursion, you should – even in warm summer days – be prepared to discover snow on its top.

Catania is the city where the mountains meet the sea. Experience golden coasts with orange and lemon orchards. Learn about different cultures and how they influence past and presence of Sicily, by i.e., taking an excursion to the historic Greek amphitheatre in Taormina.