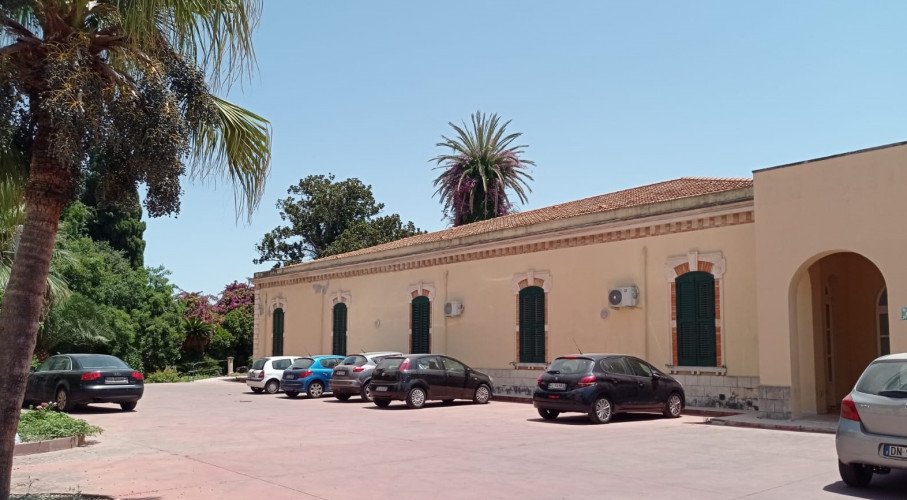 Our experienced clinic team welcomes you to DIAVERUM BARCELLONA POZZO DI GOTTO. In our clinic we offer excellent medical service as well as a warm and friendly atmosphere to revitalise our patients both physically and emotionally.

DIAVERUM BARCELLONA POZZO DI GOTTO was inaugurated in 2002 and features 13 dialysis reclining chairs. All stations are equipped with TV screens and free Wi-Fi.

We offer our patients additional clinical assistance services such as cardiological, nutritional, oncological consulting, etc.. and we take care of our patients supporting administrative activities with ASP of Catania.

Barcellona Pozzo di Gotto (Baccialona Pizzaottu in Sicilian, Baccialona or Baccellona in Messina dialect) is the most populous municipality in the province after Messina.

About 50 km away from the city of Messina, look at the majesty of the archipelago of the Aeolian islands reachable by hydrofoil from the nearby city of Milazzo.

Aeolian Islands are in the Unesco World Heritage list. The seven islands, Alicudi, Filicudi, Lipari, Salina, Vulcano Panarea and Stromboli each with its own strong identity but all having the same volcanic origin, , are located off the northern coast of Sicily.

When the Greeks settled in this scenic land, they called it Zancle, which means sickle, for the shape of its natural harbour. Its current name comes from Messenia, the Greek town from which the colonists who inhabit it later came.

Messina is linked to the sea and many legends orbit around it. Among them the one of Colapesce, a young fisherman from Messina who, at the bottom of the sea, holds one of the three columns of Sicily on his shoulder, and Fata Morgana related to an optical phenomenon typical of the Strait. These and other legends are told by the poetess of the Strait, Maria Costa, the voice of the sea and the myths. You can meet her in the small fishing village of Case Basse, in the town of Paradiso. In 2006 she has been included in the Register of Intangible Heritage – Living Human Treasure Book of the Sicilian Region

On the seafront, you can see the typical boats, felucas, going up and down the Strait to catch swordfish, sometimes even 3 meters long. Swordfish fishing takes place from May to August and is a very old art form, passed down from father to son, which inspired a famous song by Domenico Modugno.

Ganzirri is the perfect place to eat typical seafood dishes. There are farms here and around the lakes of the Natural Reserve, where you’ll find the typical Messina cuisine.

Mount Etna is a living, sacred mountain of legend and myth. Sicily´s highest mountain has a height of approximately 3.300 meters. When considering an excursion, you should – even in warm summer days – be prepared to discover snow on its top.

Catania is the city where the mountains meet the sea. Experience golden coasts with orange and lemon orchards. Learn about different cultures and how they influence past and presence of Sicily, by i.e., taking an excursion to the historic Greek amphitheatre in Taormina.

In the 1800s, after the Goethe praised its beauty throughout Europe, mentioning it in his book Italian Journey, Taormina became a mandatory stop on the Grand Tour – the long journey made in continental Europe – by the young European aristocracy of the time to enrich their own culture.

Today, it is a tourist capital of Sicily and many travelers enliven its streets throughout the year.

The ancient Greeks loved to construct their buildings in beautiful scenic locations and here they found the pairing of Etna and the Naxos bay, with a wonderful view, when sky is clear, to can admire Calabria coasts.

It is, surely, the main monument of the city, not only for its intrinsic artistic value, but also for the scenic location in which it is placed. The view enjoyed from up there is even defined as the view par excellence. The one that is not to be missed when in Sicily.