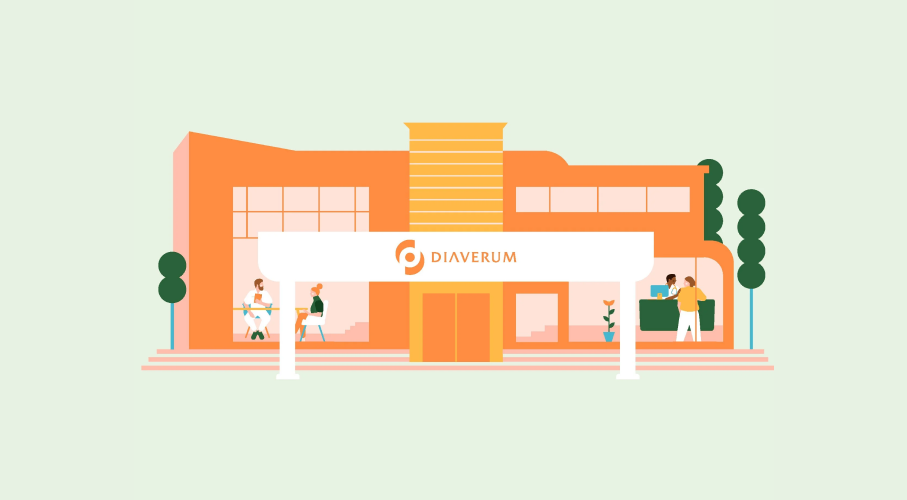 Our experienced clinic team welcomes you to DIAVERUM CASTELVETRANO. In our clinic we offer excellent medical service as well as a warm and friendly atmosphere to revitalise our patients both physically and emotionally.

DIAVERUM CASTELVETRANO was inaugurated in 2012 and features 18 dialysis reclining chairs. All stations are equipped with TV screens and free Wi-Fi.

We offer our patients additional clinical assistance services such as cardiological, nutritional, oncological consulting, etc.. and we take care of our patients supporting administrative activities with ASP of Catania.

Selinunte, its name is after the celery, which grows flourishing in the ancient city and whose leaves are found on a panther head on the local coin of the sixth century BC, one of the very first minted in Sicily:

This is Selinunte! in ancient time rich and densly popolate, today included in the largest European archeological park , which extends for 270 hectares, with two main entrances, with its acropoli, necropoli and three hills.

The temples included in this large area are the best evidences of the doric architecture, marked for its simpleness, record of proportions and amazing metope where are sculptured universal scenes, as Perseo killing Medusa.

Another embleme of Selinunte culture is the bronze Efebo, kept at Castelvetrano museum. But also the urban planning and the artistic heritage votive and funerary.

Do not miss the seaside resorts, the natural reserve of Foce del Belice, where you might see the turtle Caretta Caretta and the “fish enchantment”, a traditional auction, in via Scalo di Bruca, starting from 7 in the morning, where fishermen sell what fished during the night.

Segesta, an isolated hill where the temple and the Greek theatre stand, excellently preserved.

How good were the ancient Greeks in choosing the finest places to build their highest symbols! We are told that the best time to visit these places is early in the morning and that often between night and dawn some plays are represented.

Until a few years ago, it was a quiet and peaceful fishing village. The trouble was that those four small white houses were located on a shore long more than three kilometer, very wide and white, and that the waters washing its shores is warm and clear, like emerald, so much to look like a place stolen to Carabbean islands. that has turned San Vito lo Capo into one of the most requested seaside place in Sicily! To those small houses some buildings, restaurants, cafes and shops have been added locals try to balance this development with the safeguard of their area. The beach is always fabulous and well equipped and it can host a large number of visitors. Those same guests in the evening meet together on the main street to go for the evening stroll.

COUS COUS is a famous dish of small steamed balls of semolina which arrived here from North Africa served with succulent fish soups, vegetables or various meats. San Vito is the seat of the Couscous Feast an international festival dedicated to this dish and to the meeting of different cultures.

Now, following the sea up to Trapani, we face the great mountain of Erice. It is one of the oldest villages of Sicily, it seems that it was founded by the Elimi, the oldest inhabitants of the island, only eight centuries before Christ. It is worth climbing those bends (but there is also a panoramic cable car) for a refreshing walk in an intimate and special setting.

Only after visiting the Belvedere garden, the medieval towers, the Castle of Venus and the Main Church, you could also explore the narrow streets so as to enjoy the famous almond sweets of Erice and buy one of the exclusive multicoloured carpets made of coloured “rags”.

Trapani historic centre is waiting for our visit, from here you can also take a ferry or hydrofoil to the Egadi Islands, but this time we go to south, we do not want miss the Saline (Saltworks) with their typical windmills, we had seen from above when coming down from Erice.

Into these large ponds water is drawn out through natural evaporation and the deposit of salt is piled up and covered with tiles to protect it from the wind. The work tools and objects of the past are preserved in the salt museum. Our programme, after the visit, is to taste the typical sea bass baked in salt after a good aperitif (some mills are also restaurants) where we are told that with a lucky sunset, we may see the colours of the sky reflected in the body of water of the saltworks.

Mazara del Vallo, near Trapani, can sum up the character and history of a whole island: it proudly shows the world its beautiful old town, the old Casbah where Islamic philosophers and writers, judges and merchants used to walk.

The Casbah, the old Arab quarter, guests many houses in typical Arab style and it is crossed by an endless series of small tunnels. The neighborhood is inhabited by a large Tunisian community, which helps keeping intact the overall style of the neighborhood: some typical elements are the tiles and other decorative elements on the facades of houses.

Inside the Casbah, there are many restaurants and taverns that serve traditional meals, starting from fish couscous. The flavors and smells that flutter through the narrow streets of the Casbah are those of an old tradition that was never interrupted in Mazara del Vallo, one of the southern cities in Italy closest to Africa.

The cathedral’s city, the Basil Cathedral, was built by the Normans around the year One Thousand and features a unique style that is a mix of Romanesque, Baroque and Greek.

The town encompasses centuries of history: rows of palm trees and the port keep alternating to monuments of great value, architecture gifts and good examples of Sicilian Baroque. Within its walls, there are ancient churches, which were previously mosques and places of different worship.

The Basil Cathedral of the Santissimo Salvatore is in front of another symbol of the city, the Piazza della Repubblica, which is surrounded like a crown by the most important buildings. In addition to the Cathedral, there are the magnificent Palazzo del Seminario with inside the Diocesan Museum (with its two floors and the eleven arches that give the plaza its distinctive appearance); there are also the Town Hall and the Bishop’s Palace, connected to the western transept of the Cathedral thanks to the Tocchetto, a loggia on an arched bridge.

Finally, just in front of the College, there is the Church of Sant’Egidio, which hosts a museum dedicated to one of the most important legacies of classical Greek art: the bronze statue of the Satiro Danzante. The statue was taken back the night between March 4 and 5, 1998, drawn from the fishing vessel “Capitan Ciccio” at a depth of 500 meters between Pantelleria and Capo Bon, in Tunisia.

The year before, in the same area, its leg was found. On July 12, 2003, the statue underwent a long restoration project at the Central Institute for Restoration of Rome; the statue is today exhibited in the Museum Satiro danzante. Inside the museum, there are also other finds from the Sicilian Channel (smaller bronzes, pottery, etc.).

Marsala (Maissala in the local dialect, Marsala in Sicilian). It is the first municipality by population of the free municipal consortium of Trapani.

The city is famous for the landing of Garibaldi and the Thousand on 11 May 1860 and for the production of the homonymous Marsala wine, for which, since 1987, it has been a City of Wine. It rises on the ruins of the ancient Punic cities of Lilibeo (Lilybaeum in Latin), from whose name comes the nickname of Lilibetani for its inhabitants and of Mozia, located within the "Isole dello Stagnone di Marsala" nature reserve.

Following the coast towards Marsala, we come across Mozia, a small island full of history.

visiting this tiny archaeological site we learn that it was actually the scene of the Punic Wars, and that it was destroyed and buried until the early ‘900, when the enthusiast English archeologist Whitaker, discovered it, unearthing the remains of the ancient Phoenician colony.

You can reach it by boat but it takes only a few minutes. In the past, you could go by a wagon or by mule through a sort of water trail.

In its small museum, there is a sculptural masterpiece, the Kuros or “the young man of Mozia” that not everyone knows. However, for the beauty of its fine workmanship, it is no less important than the best known masterpieces.

“If Garibaldi’s army landed at Marsala, there must have been a reason”, this is what it seems to be written onthe faces of the proud, old inhabitants of Marsala who walk around the streets of this small and elegant city. Now we have to visit the Norman cathedral of St. Thomas of Canterbury and the remains of a Punic ship at the Museum of Archaeology Baglio Anselmi.

Marsala is also the name of the local sweet, dessert wine that made this town famous. Since 2013 Marsala is a “European City of Wine.”

Palermo is the capital of Sicily and one of the most fascinating cities in Europe: among the streets of its historic center you will discover the most incredible places.

Palermo is a modern, multi-ethnic city and one of the safest in the world.

For those who want to explore, get ready for big surprises: streets and alleys of the old city open onto monuments and splendid churches ranging from the Norman period to the magnificent Sicilian Baroque. And then, a few kilometers from the city, delightful characteristic places await visitors who want sun and sea. All this within a multi-ethnic setting that colors the streets and historic markets where you can enjoy the most original street food

The 12th-century Cathedral of Palermo houses royal tombs, while the imposing neoclassical Teatro Massimo is famous for its opera performances. Also in the center are the Palazzo dei Normanni, a royal palace dating back to the 9th century, and the Palatine Chapel, with Byzantine mosaics. Busy markets include the central street market Ballarò and the Vucciria, near the harbor.